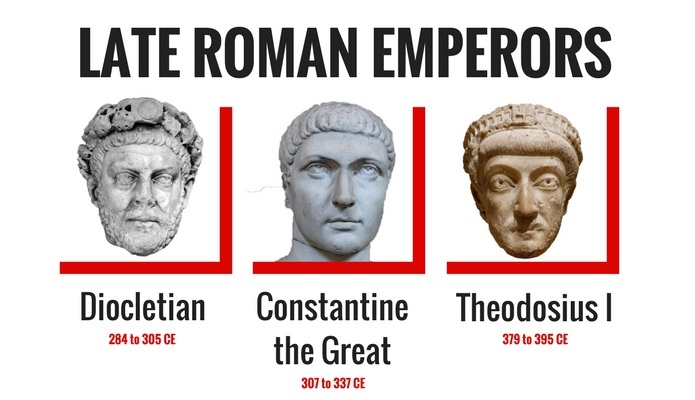 Diocletian, Constantine and Theodosius were some of the most notable emperors of the later Roman Empire.

Diocletian brought an end to the 'Crisis of the Third Century', Constantine was the first Christian emperor, while Theodosius was the last emperor to rule over both Western and Eastern parts of the Roman Empire.