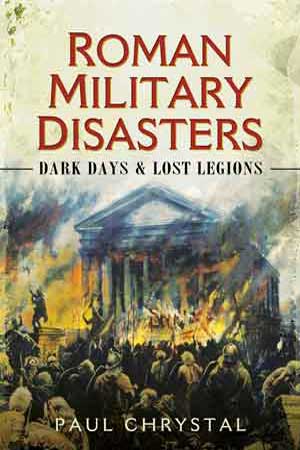 A chronological list of Roman military mishaps, starting the Roman Republic and culminating in the fall of the Roman Empire.

A civilisation’s military failures are often overlooked in favour of preserving their grandeur, and I mean would you expect anything else? History is written by the victor after all, and crushing defeats often find themselves conveniently brushed under the carpet.

The author has done well to illuminate and provide a detailed account of some of Rome’s less fortunate military dealings, from Teutoburg Forest to other lesser known failings.

Ideal for providing the reader with a general timeline of Roman military campaigns, both successful and not so successful. This book is recommended for all those interested in the military history of the greatest civilisation of the ancient world.